On an absolutely scorching morning in early June, we arrived at Teesport to shoot new pile restraint arms for Houlder.

Though we were melting alive in our full PPE gear, the weather was absolutely fantastic for the shoot with a bright blue sky and full white clouds adding a real strong and crispy contrast to the photographs we were taking. As well as great weather, there was also a pretty impressive background on location with the Pacific Orca portside. The Orca is a massive ship used as an installation vessel for off-shore wind farms. 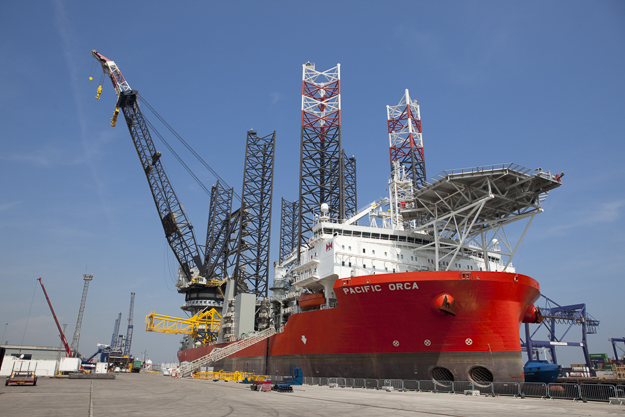 We were even given the fantastic opportunity to board the ship which gave us a great view of Teesport and the pile restraint arms. Soon after, we were flying high yet again by rising up in the cherry picker for some birds-eye shots of the arms. When it was time to photograph the crew, we decided to go for some armageddon-esque shots of them in front of the pile restraint arms.

It was another successful shoot and another great opportunity to shoot unique and interesting objects. You can view a selection of the images from the shoot below. 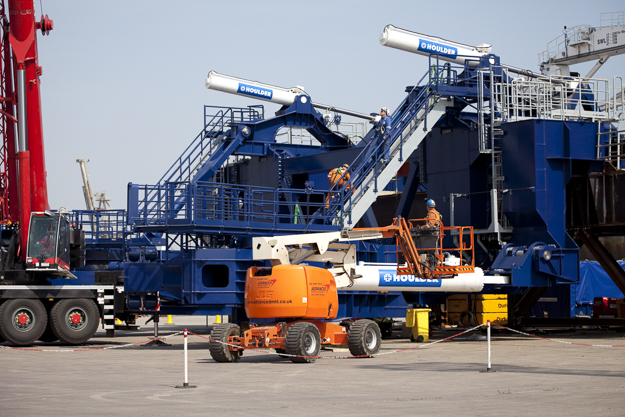 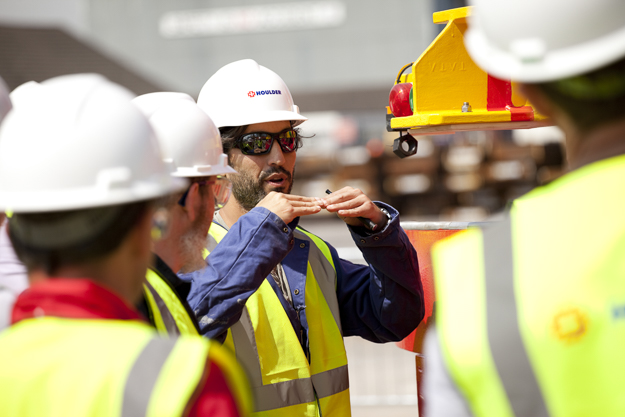 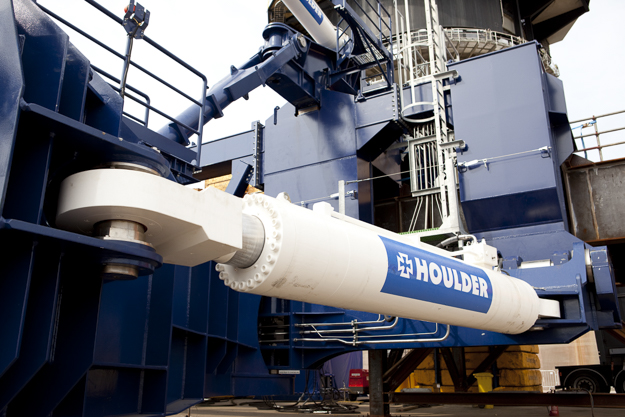 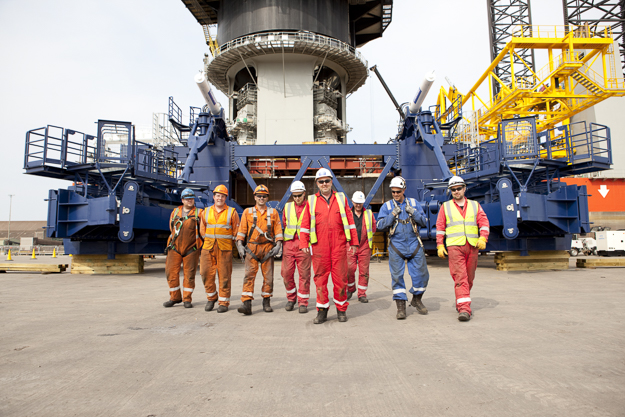 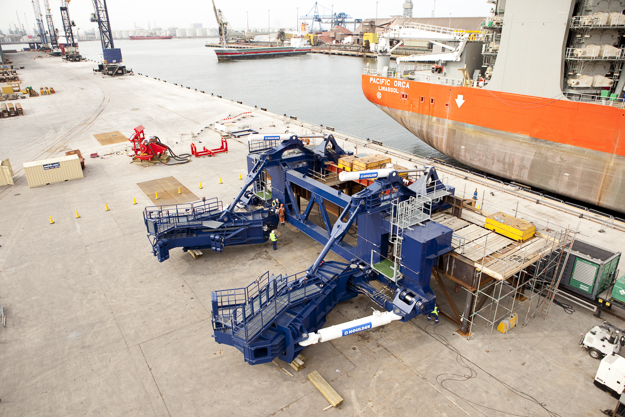